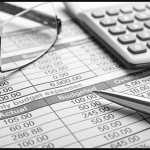 Central Trade Unions reactions to Union Budget 2018 Bharatiya Mazdoor Sangh (BMS)reactions to Budget – Labour unfriendly and disappointing Budget Middle class employees are unhappy with no increase in their ceiling for tax exemption; at the same time the cess on income tax is increased from 3% to 4%. This was done at a time when the budget claims 41% increase in the tax … END_OF_DOCUMENT_TOKEN_TO_BE_REPLACED

New Benefits for NPS Subscribers in Union Budget 2017-18 In a bid to provide further impetus to the National Pension System (NPS), the following provisions have been introduced in the Finance Bill 2017 laid down in the Parliament today. Tax-exemption to partial withdrawal from National Pension System (NPS) The existing provision of section 10(12A)of the Income Tax Act, 1961 … END_OF_DOCUMENT_TOKEN_TO_BE_REPLACED